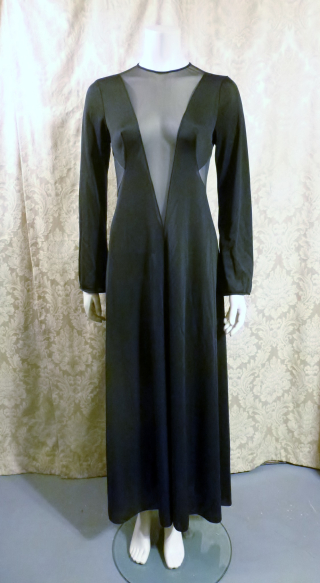 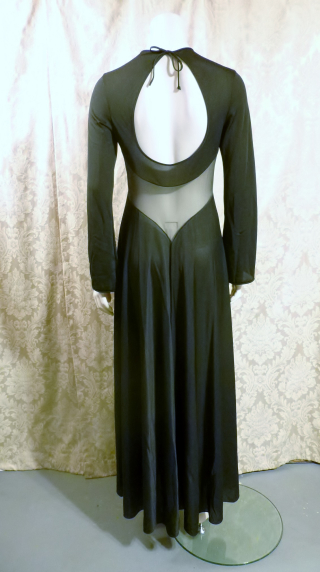 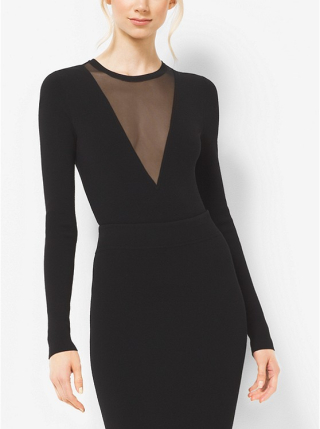 Photo Credit: Modern take on this look at Michael Kors.

For the sophisticated lover of lingerie we present this gorgeous 1970's Ralph Montenero negligee.  Montenero had a brief but illustrious career as a designer of high-end lingerie and sleepwear for women.  He started out on a scholarship and ended up a graduate of The Fashion Institute of Technology.  Montenero designed the first collection of sleepwear for Madame Schiaparelli that was provided for sale to the American public.  By 1975 he had also worked with the house of Fontana of Rome, Jacques Heim of Paris, Pedro Rodriguez of Spain and Norman Hartnell of London (designer to the Royal Family at the time).  According to the April 23, 1975 Pittsburgh Post-Gazette, he began designing for Blanche Lingerie around that time.  I found a 1978 ad for Victoria's Secret when they just had one little boutique in Palo Alto, CA featuring his work as well.  His name runs in the same circles in the wonderful world of lingerie as Janet Reger, Christian Dior and Emilio Pucci.  The fact that his work is not as well documented in the fashion world may very well be due to his early death in October of 1988, which makes his work much rarer to find and all the more desirable in my eyes.  This beauty hails from the department store royalty of I. Magnin & Co.

This nightgown competes with itself for attention with an over-the-top sexy sheer plunge front and an over-sized (12"!)  keyhole back that ties at the nape of the neck.   As if that weren't enough, it has sheer side cut outs that widen and wrap around the lower back of the gown and ends with a downward point in the center back.  The darts that start at the bust turn into princess seams to create a form-fitting and very flattering effect.  The sleeves are extra long and bell out at the wrists.  The skirt has incredible volume and flare to it with a circumference of 52".  Made in the USA.  Made of 100% nylon which does have some "give" to it so keep that in mind with measurements.  Montenero is credited with being the first designer whose work prompted women to wear boudoir/nightgowns to the theater and dinner parties as evening gowns because of his double exposure approach in his designs; a fashion trend more on point than ever in 2019.

Condition:  Overall excellent.  There is a tiny hole in the sheer fabric near the left breast which is visible depending on the lighting and angle.  You can see it in the last photo in the gallery; it's casting a shadow on the mannequin so it looks like two holes, but it's just the one.  While unfortunate, it's so small I really don't think it is an issue as far as how it presents.  You could always glue a bit of lace or an embroidered applique to the area to hide the flaw.  There's also a bit of wear to the sheen of the skirt in a few areas, but because it's such a full skirt it's hard to even find, never mind see.  Both minor issues taken into consideration with price. 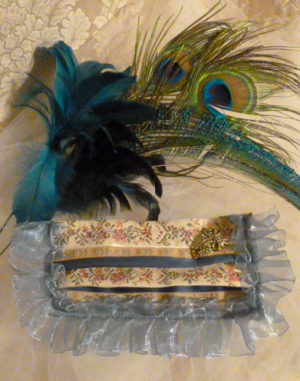 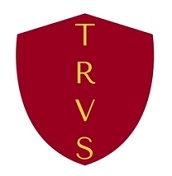